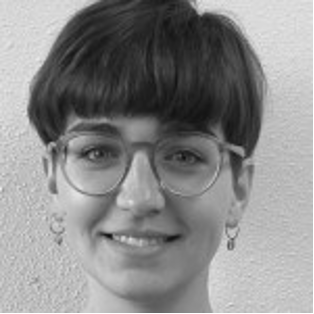 Julia Folz received a Bachelor’s degree in Psychology from Heidelberg University in 2016. Subsequently, she joined the elite graduate program in Neuro-cognitive Psychology at LMU Munich and conducted her Master’s project at the MPI of Psychiatry in Munich. After her graduation in 2019, she became a PhD Candidate in the CoPAN lab at the Cognitive Psychology unit at Leiden University.

In my PhD project, I will study mimicry of subtle emotional expressions in social interactions and explore its linkage to emotion recognition and trust in patients with Autism Spectrum Disorder and Social Anxiety Disorder. This research topic builds up on my strong interest in the special dynamics of real-life social interactions, as defined by the reciprocal influence of its members, which I could already investigate on multiple levels (i.e. behavior, gaze, subjective experience, neural oscillations) during my Master’s project at the MPI of psychiatry in Munich. Importantly, by expressing emotions in such interactions, we provide our social environment with crucial information about our internal states, and mimicry of those emotional expressions, in turn, allows other individuals to genuinely comprehend our intentions and (re)act accordingly. While most studies have focused on facial expressions so far, the extent to which various subtle emotional expressions such as pupil dilation, blushing, crying or sweating are mimicked, has rarely been investigated in patients with emotion recognition deficits yet. Based on the premise that implicit physiological reactions are much harder to control or fake than explicit facial expressions, the investigation of mimicry of subtle emotional expressions should contribute to a more genuine and holistic understanding of the mechanisms underlying emotional contagion in social interactions. Moreover, we thereby hope to identify possible sources of deficient emotion recognition and lack of interpersonal trust in patients with Autism Spectrum Disorder and Social Anxiety Disorder which could be targeted in novel treatment methods.