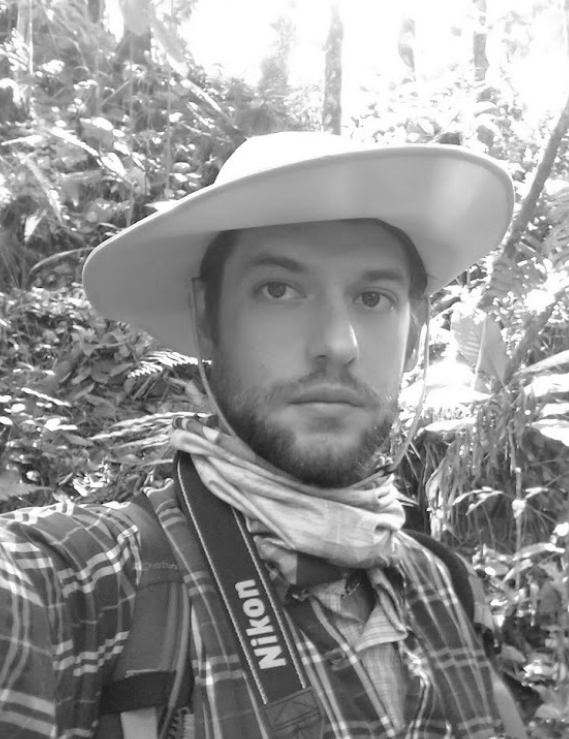 Juan Olvido Perea-García is a postdoctoral researcher at the Institute of Psychology, Leiden University. He received his PhD from the National University of Singapore in 2022.

As a toddler, Juan would be mesmerized by certain contents on the two channels that reached the TV in the village: models walking the runway, nature documentaries, and cooking shows. He has vivid memories of staring into the mirror for what seemed, to his developing
mind, hours. The farm and its surroundings offered infinite stimuli to complement the stream of images coming from the TV. In the city, people spoke weird and seemed afraid of dust and people from the village. Learning how to read put so many explanations at
the disposal of his wildly puzzled mind. In the wake of the early 90s “dino-mania”, the concept of “evolution” became fundamental to understanding the world around him. He feels privileged to hold this dear friend close to his affection and cognition to this
day. He also feels weirdly comfortable writing about himself in the third person.

Juan believes humans thrive when exploring and sharing. His favorite instrument of exploration is perception. His most dear way of sharing is multimodal triadic communication in co-present perceptual environments – or, as some call it, “conversation”. Nonetheless,
he occasionally indulges in forms of exploration and sharing less intuitively available to humans. He has published peer-reviewed research on criminology, linguistics and interaction studies, comparative morphology and evolutionary biology.

Partly because any new way to think of a topic has the potential to capture his attention, Juan has very broad interests. Please, do not approach him with an exciting idea or he may not be able to resist taking part in it. Seriously – he needs to focus.