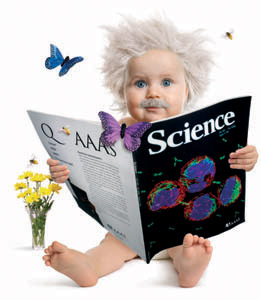 Evy will work on the project ‘Unearthing the evolutionary roots of discrimination’, which is co-funded by Leidsch Universitair Fonds, Elise Mathilde Stichting and Koninklijke Nederlandse Academie van Wetenschappen.

Discrimination against social outgroups is a major issue in our society. The social sciences have provided different theories to understand its multifaceted nature, but it remains unclear how discrimination emerged over evolutionary time. In this project, we investigate whether discrimination is uniquely human, or whether it is shared with species that are evolutionarily close to us. We therefore compare humans and their closely related ape cousins, chimpanzees and bonobos, on their discriminatory tendencies by tapping into discrimination’s automatic and unconscious underpinnings. Our first objective is to investigate the extent to which humans and apes mimic the facial and body expressions of individuals belonging to the in- or outgroup, as mimicry is an index of how much an interaction partner is ‘liked’. Our second objective is to examine whether apes, like humans, have implicit positive and negative associations with in- and outgroups, respectively. Ultimately, the outcomes of the project make new inferences about human ancestral psychology possible, and they add to our understanding of how discriminatory tendencies emerged over evolutionary time and in different environments. Furthermore, the project approaches the topic of discrimination from a new angle by combining knowledge and methodologies from biology and psychology, including a field study and experimental studies performed on touch screens. The field study consists of behavioral observations of wild-living chimpanzees in Gishwati National Park, Rwanda, and the experimental studies are conducted on groups of chimpanzees and bonobos living in captivity. During these studies, the apes are free to choose whether they want to join in the experiment or not, and they are never punished nor isolated from their group.

Why is this project important?

By integrating knowledge and methods from the fields of psychology and biology, this project hopes to unveil evolutionary-adaptive mechanisms underlying discrimination. The comparison between humans and apes will generate new research questions about interspecies differences and about the contribution of environmental stressors to the species-specific biases. Understanding these differences can ultimately expand knowledge about discrimination’s evolutionary emergence.

Many human biases are unconscious, as is evidenced by the many studies exposing implicit biases in people who are otherwise tolerant and accepting. Although millions of years of evolution have shaped our brains, we are not will-less slaves of our biology; we can change biases. In fact, education and creating awareness of these issues has already resulted in many protective actions (1863: the abolition of slavery, 1917: women are allowed to vote, 1926: Geneva Convention giving rights to prisoners of war). Raising awareness is a step in the right directionand we try to achieve that goal by actively including the general public in our research. Specifically, we aim to show visitors of primate part Apenheul how studying great apes can help us understand our own evolutionary past, and that it is also for that reason important to protect these endangered species.

Another video made by Evy:

And yet another one: