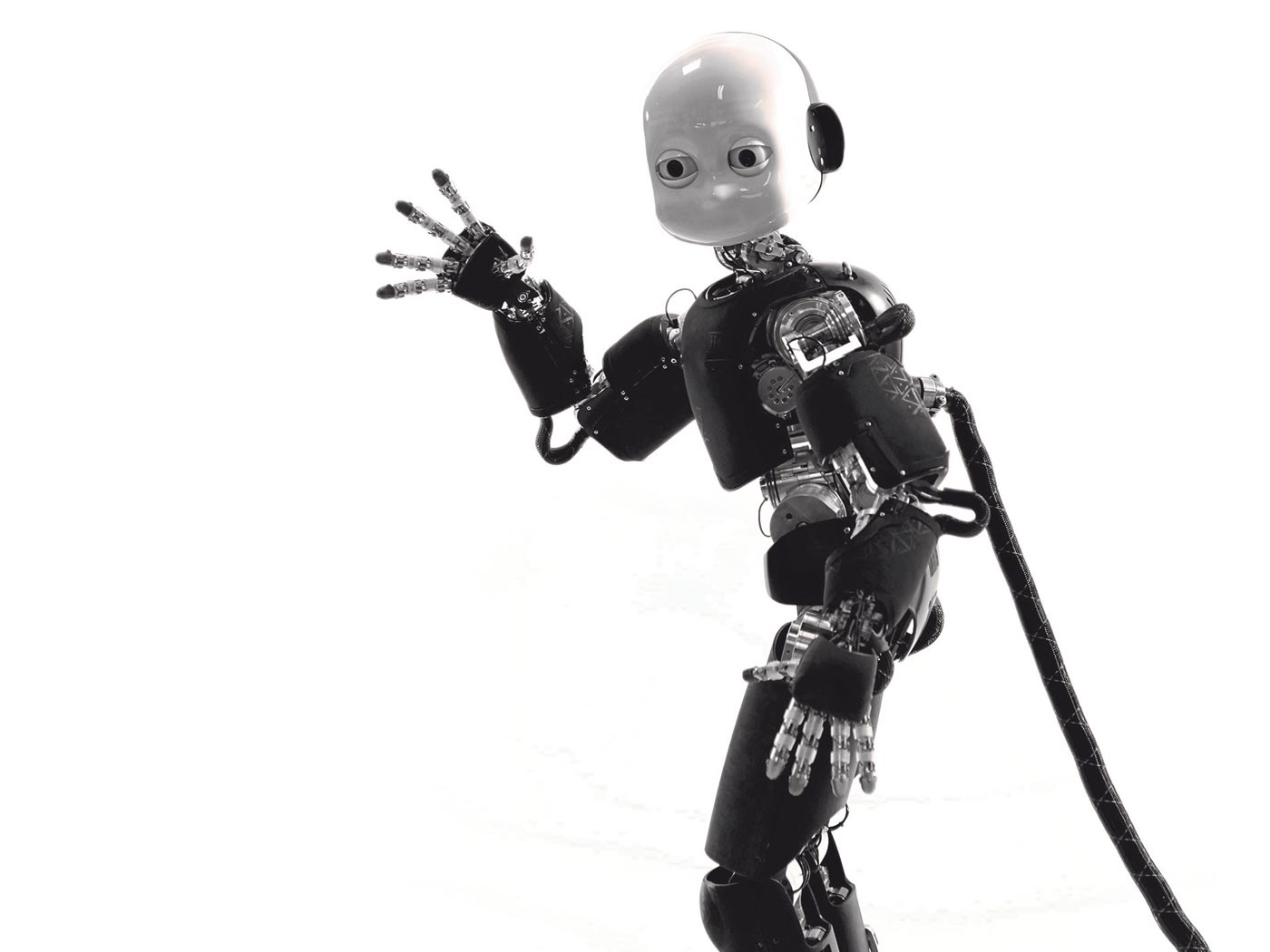 What do we want our robot companions to look like?

“Robots are the future” is what you often hear. Let me disabuse you, that “future” has already begun. Robots are becoming more and more integrated in our world, bringing about significant changes in the way we live. They appear in different designs and we humans do not like all of these designs to the same extent; some of them even make us feel very uneasy. Why do we experience this negative emotion? And what should robots look like?

Nowadays, robots are not only performing industrial work, they are starting to play a big role in our day to day lives too, think of robots delivering office mail and robots performing the role of human caregivers. These helping hand robots are able to take over house chores of elderly living in nursing homes, they can gently lift patients, wash people’s hair while at the same time providing them with emotional support. Furthermore, robots could be used to triage how children are learning, diagnose literacy deficits, and encourage the child to do appropriate activities given a child’s progress.[1] These are just a few examples of all the possibilities.

If these robots are to work with people an important question arises: what do we want our robot companions to look like? It is tempting to think that we want them to look as humanoid as possible so that they can “replace” human beings. However, research suggests that this is not the case.

An example proving this is the children’s movie The Polar Express, in which “the movement of a live actor was used to direct a digital human”.[2] The result has been seriously critiqued as “unnerving, creepily unlifelike and as having a bizarre wax-museum quality. Multiple authors have suggested that the near-perfect human likeness of the animation was responsible for people’s negative reaction to it”.[3]

Pepper on the other hand has been welcomed with open arms and was sold out within a minute. Pepper is a human-shaped emotional robot, “designed to read emotions as well as recognize tones of voice and facial expressions in order to interact with humans”.[4]

What is it that Pepper elicits such positive emotions in us whereas the Polar Express characters do the opposite and make us feel uneasy?

In 1970  Masahiro Mori, a robotics professor at the Tokyo Institute of Technology hypothesized that a person’s response to a humanlike robot would abruptly shift from empathy to revulsion as it approached, but failed to attain, a lifelike appearance. This descent into eeriness is known as the uncanny valley”.[5]

The uncanny valley has been heavily investigated in recent years. Burleigh, Schoenherr and Lacroix state that Mori’s theory “does not explain why stimuli that are nearly perfectly human are perceived as eerie”. [6] Following their research “stimuli defined by a near-perfect resemblance to humans do not appear to cause people to experience greater negative affect relative to when they have perfect human likeness or little to no human likeness”.[7] This suggests that there is a minimal risk of the occurrence of an uncanny valley phenomenon.[8]

If it is not the humanlike appearance as Mori’s stated, what is it then that creates this eeriness? Schein and Gray have very recently argued that uncanniness arises when appearances “lead people to ascribe experience to robots. In other words, robots are creepy when they seem to feel”.[9] They explain this by looking at mind perception, this has revealed that we “perceive minds along two broad dimensions of agency (intending, planning, doing) and experience (feeling, sensing, consciousness), and that we have fundamental expectations about who or what should have a mind”.[10] Adult humans have both agency and experience, “children are expected to have experience whereas robots are expected to only have agency” therefore, when robots show feelings and emotions that makes us feel uneasy.[11] This theory seems to be disproven by the great success of Pepper, the previously mentioned robot that has the ability to read people’s emotions and develop his own.[12]

Another possible explanation by Mitchell et al., is that a mismatch between appearance (humanlike face/body) and voice results in the uncanny valley.[13]

Furthermore, Saygin and colleagues have proven that while subjects viewed actions performed by humans, androids and robots there was a “mismatch between the human-like appearance and the mechanical motion” of the android leading to stronger brain activation in relevant brain regions. [14] “The differences between agent types for repetition effects were most pronounced in parietal cortex. The aIPS, being the anatomical link between the posterior, visual components of the APS and the anterior, motor components is ideally located to generate sensory predictions in this network”.[15]

Following research by Zlotowski and colleagues we should not worry too much about creating robot helpers that will fall in the uncanny valley. They investigated that both “components of the uncanniness (likeability and eeriness) can be affected by an interaction with a robot. Likeability of a robot was mainly affected by its attitude and merely repeating interactions was sufficient to reduce eeriness irrespective of a robot’s embodiment.[16]

All in all, there is a wide range of fascinating research available but what really causes us to experience negative feelings towards certain human-like robots remains unclear.

But no matter how uncomfortable we may be with robots, it is certain that they can make our lives much easier and maybe even increase our levels of happiness therefore, it seems like it’s time to accept them, if not welcome them with open arms.

Burleigh, Tyler J., Jordan R. Schoenherr, and Guy L. Lacroix. 2013. “Does The Uncanny Valley Exist? An Empirical Test Of The Relationship Between Eeriness And The Human Likeness Of Digitally Created Faces”. Computers In Human Behavior 29 (3): 759-771.

Złotowski, Jakub A., Hidenobu Sumioka, Shuichi Nishio, Dylan F. Glas, Christoph Bartneck, and Hiroshi Ishiguro. 2015. “Persistence Of The Uncanny Valley: The Influence Of Repeated Interactions And A Robot’s Attitude On Its Perception”. Frontiers In Psychology 6.

[2] Burleigh, Schoenherr and Lacroix, “Does The Uncanny Valley Exist”.

[3] Burleigh, Schoenherr and Lacroix, “Does The Uncanny Valley Exist”.

[5] Mori, MacDorman, and Kageki. “The Uncanny Valley [From The Field]”

[6] Burleigh, Schoenherr and Lacroix, “Does The Uncanny Valley Exist”.

[7] Burleigh, Schoenherr and Lacroix, “Does The Uncanny Valley Exist”.

[8] Burleigh, Schoenherr and Lacroix, “Does The Uncanny Valley Exist”.

[13] Mitchell et al., “A Mismatch In The Human Realism Of Face And Voice Produces An Uncanny Valley”.

[14] Saygin et al., “The Thing That Should Not Be: Predictive Coding And The Uncanny Valley”.

[15] Saygin et al., “The Thing That Should Not Be: Predictive Coding And The Uncanny Valley”.