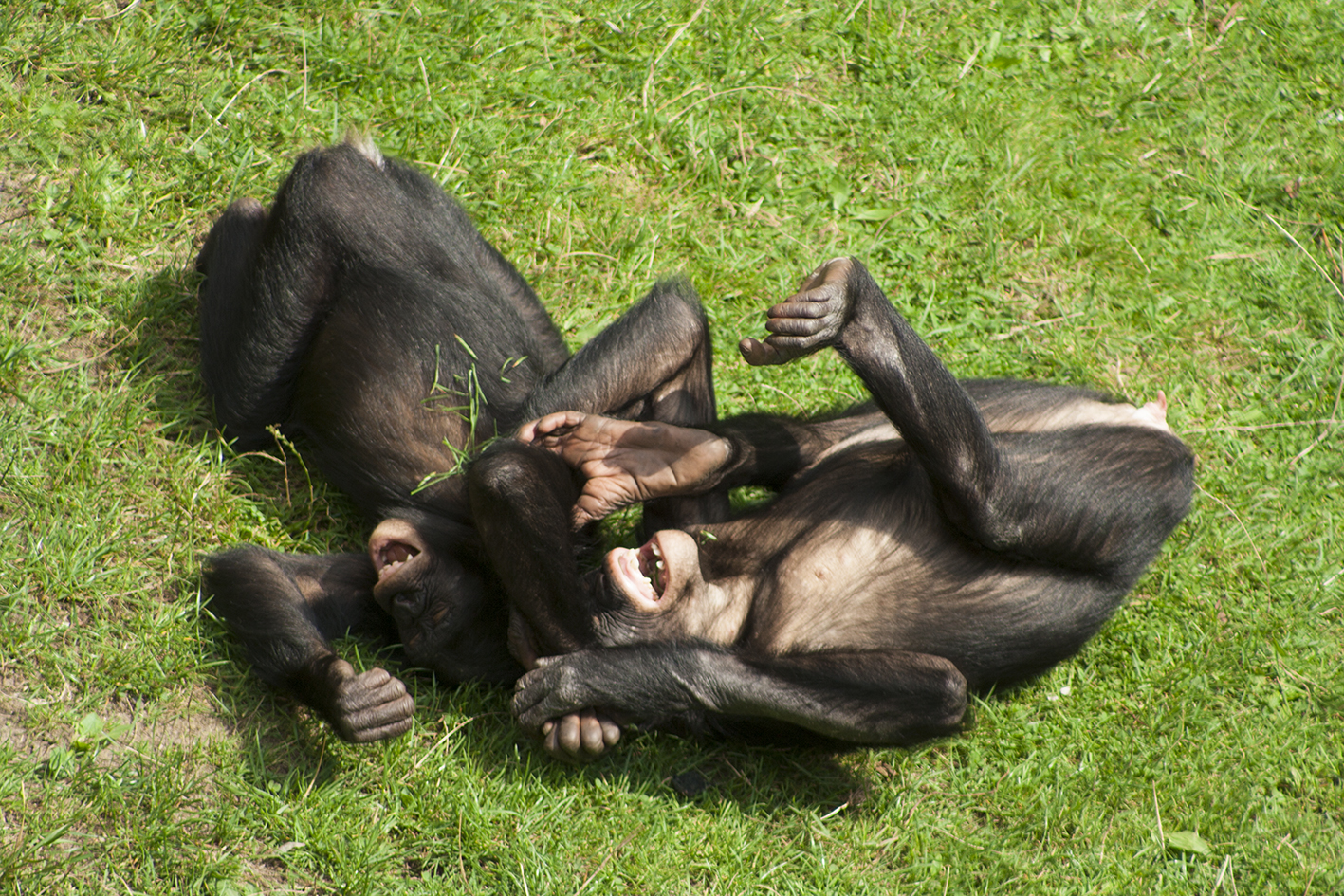 Barrett states that other animals, who have bodies and brains that are different from ours, are likely to experience emotions in their own unique way, if they experience them at all, which she doubts. I agree with Barrett that anthropomorphism, the attribution of human emotions to other animals, is a risk for scientists and for animals. We may see things that are not there, and with our tunnel-vision, we might miss out on things that are there, but that we overlook because they are not part of our own repertoire. An example of the first mistake is the “guilty” dog who has this specific look on its face after eating your shoe, but, rather than feeling guilty, is just afraid of getting punished. An example of the second is more difficult to examine, but if one thinks of emotions as evolutionarily beneficial traits, I can imagine that birds may have a specific emotion associated with flying, something we cannot ever achieve with our bodies, but that  is functional for them.

While fully agreeing with the importance of being wary for anthropomorphism, I would like to raise awareness for another risk that scientists face, with possibly more severe consequences: anthropodenial: ignoring shared characteristics of humans and other animals. Humans fall right within the great ape lineage and comparing our behavior with that of our closest living relatives can give important evolutionary insights into the similarities and differences. Barrett describes a situation where a human is being followed by a stranger. This person opens his eyes widely, looks back constantly, and has a pounding heart. He is experiencing fear. A chimpanzee in a similar situation will behave very similarly. Can’t we say he that he too is fearful? Behavioural observations combined with physiological measures demonstrate that much of our emotional behaviour is shared with our ape cousins, which is logical, because we share a long evolutionary history. Using different terms to describe the same human and animal behaviour in similar contexts, is not fair, makes comparative science impossible, and may have detrimental consequences for animal welfare.

Many of the points in relation to animal emotions raised by Barrett apply to humans as well. We can never completely enter the mind of another individual and experience what that person feels, be it a human or an ape, as our body, brain and past experiences are always different. In that sense, every organism (not only species) has its own unique Umwelt. Many different species can experience fear, but will do so in slightly different ways. As Darwin (1872) already noted, many will make themselves small in fear and make themselves tall in anger, but depending on their specific bodies, they will fly, run or swim away. Think of these ‘emotional dialects’ as the different ways in which we can perceive food. A cake will taste sweet to most people, but whereas some find the cinnamon dominating, others taste vanilla. Should we therefore refrain from using categories and not call a cake a cake anymore?

Asking humans about their emotions is no guarantee for sensible answers. Humans often don’t know what emotion they feel and have difficulties talking about them, if they want to talk about them at all. Therefore, I advocate implicit measures to gain insight into emotions. Combining research data acquired through behavioral observation with data obtained from non-invasive techniques (e.g., eyetracking, thermography, hormonal samples) and from cognitive tasks (e.g., decision-making paradigms, cognitive bias, attentional bias) provides new information about the inner states of animals. It’s safer to assume that other animals have emotions until proven otherwise.