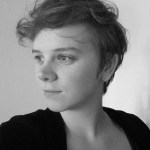 PhD student
2016-present
Received her BSc degree in Psychology (Brain and Congition track) from Erasmus University Rotterdam in 2012 and a MSc degree in Cognitive Neuroscience at Utrecht University. She is currently doing a PhD in evolutionary and comparative psychology in the CoPAN group, focusing on emotion perception in great apes and humans.

During my master’s I came into contact with several experts in the field of primatology. I was intrigued by the stories about primates and their abilities and therefore specialized in primate behaviour and cognition. I followed several courses and did an internship at the Biomedical Primate Research Center in Rijswijk where I studied social strategies in long-tailed macaques.

During my studies I gained new perspectives on capacities that were once considered uniquely human. Being surrounded by biologists, I realized psychological research is oftentimes very anthropocentric. By taking steps away from this view, it is possible to study shared characteristics between humans and other animals, and also take into account the unique capacities of animals. An evolutionary approach to studying human and animal behaviour is crucial for understanding why and how phenomena such as empathy, theory of mind, and emotions came to be over evolutionary time.

I am very interested in learning and discovering more about these capacities in great apes, which is why as part of my second internship (supervised by Dr. Mariska Kret and Dr. Jorg Massen) I investigated yawning and yawn contagion in bonobos housed at primate park Apenheul in Apeldoorn.

My PhD project supervised by Mariska Kret and funded by the Leidsch Universiair Fonds and the Elise Mathilde Fonds focuses on the perception of emotions across species and on the evolutionary roots of discrimination, ingroup love and outgroup hate.

Apes are intelligent, inventive and emotional beings. Attributing emotions to animals has long been taboo, but with prominent scientists such as Prof. Frans de Waal, it becomes more and more clear that humans are not the only animals that think and feel. Studying emotions and empathy in animals is difficult, but not impossible.

Below you will find a short video that I made that shows how yawning spreads from one individual to another, just like it does in humans and some other animals. Yawn contagion is higher among kin and friends, which is why it is often viewed as an index for empathy. Nevertheless, opinions are divided, and much is still unclear about its specific role.